Bay Area Pet Pals welcomed Vlad to the team in Summer of 2021. Vlad loves all animals and has a special fondness for dogs and cats.

Having grown up with an orange tomcat tabby as his childhood friend, he realizes just how special animals are. Each dog and cat is a unique individual – a soulmate, with his or her own feelings. Vlad now looks after his wife’s two cats, both of whom are aging and in need of medical care and special attention. Both cats were semi-feral and were adopted as strays.

Vlad has been a longtime member of the ASPCA, and the Humane Society of the United States. He is a donor, as well as a member of the Legislative Action Team which contacts politicians at both the state and federal level to promote legislation in the aid of animal welfare causes. He volunteers at the Peninsula Humane Society where he has worked extensively with dogs of all shapes and sizes for the past 4 years. Where he cares for them until they find forever homes.

He and his wife also support two cats at the Cathouse on the Kings animal shelter near Fresno, as well as a retired race horse at the CHAS sanctuary in the North Bay.

Vlad was born in Prague (Czech Republic) but has lived most of his life in San Mateo. He is still employed as a bookkeeper and runs a small family trust which takes only a few hours of his time per week. Vlad likes camping and hiking as well as reading and playing games. He also likes to travel and see new places when he has the chance.

Vlad would welcome the opportunity to get to know your animals, and would like to have the chance to care for them when their human companions are traveling or away at work. Every animal is a unique and special little soul and Vlad will treat them that way.

We are very excited to add Vlad to the BAPP Team! 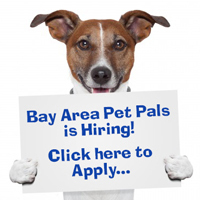 J WILK
00:53 03 Sep 21
I’ve been using Bay Area Pet Pals (BAPP) for as long as I’ve had my dog (10+ years) and there is absolutely no other... dog boarding service nor individual that I would trust to provide as outstanding a level of expertise with kind loving care as BAPP and Lynda. Lynda is experienced, professional yet personable and I have complete peace of mind and trust her implicitly whenever I leave my dog in her care. In fact, all my vacations are always scheduled with her availability in mind. I truly can’t imagine a pet care provider who could be any better.read more

Misty Armstrong
22:25 14 Jun 21
Bay Area Pet Pals has earned my trust and business! The owner (Lynda) of Bay Area Pet Pals was responsive to all my... emails while I was inquiring and searching for a pet sitter. Lynda was extremely helpful in ensuring me that her team was experienced and accountable for services provided. I am so grateful and happy that I found Bay Area Pet Pals. Brandy was excellent and took great care of Rue (my cat) while I was away. I received a text update from Brandy on Rue which I was very happy about as it put me at ease. She even sent me pictures of Rue :).I am excited to have a trusted team that I can continue to use for pet sitting in the near future. Bay Area Pet Pals is awesome. I definitely feel that they are a team of loving, trained caregivers for peoples fur-babies!read more

m tam
22:54 01 Mar 21
We've boarded our dog with Lynda for the past five years. We wouldn't trust our precious little one with anyone else.... We truly have peace of mind knowing Ava is very well cared for. Lynda's house is immaculate and Ava gets to enjoy the familiarity of a home instead of in a small solitary boarding room. Lynda ensures Ava gets daily walks and her feeding rituals. We really appreciate that Lynda provides daily photo updates and is very accommodating to our requests.read more

Mauro Costa
07:29 09 Jan 21
We have been using Lynda’s services for more than a year now and they are fantastic. Cassie has been our dog walker and... she was always perfect, on time and best of all, our 2 monsters (English Cocker spaniels) love her. We also had them sitting Canoowie and Lola for a week when we had an emergency trip!!!! Heidi stayed in our place giving them all the attention and always keeping us informed on how they were. We truly recommend Bay Area Pet Pals!read more

Rachel Grumman Bender
01:39 09 Jan 21
We love Bay Area Pet Pals! We've been a customer for more than 6 years and have had two different, terrific dog walkers... (one moved out of state) — both of them were/are reliable, trustworthy and adore our dog as much as we do. We've also used the owner Lynda's pet boarding services over the years, which have been a huge help. Lynda is caring, reliable, communicative, and treats our dog like one of her own. We always feel better having our dog stay with Lynda in a home environment rather than being boarded in a cage. Happy we found Lynda and Bay Area Pet Pals. Highly recommend!read more

Courtney Connor
16:46 26 Jun 19
I recently had Lori from Bay Area Pet Pals take care of my two cats while I was on a trip abroad. Lori did a wonderful... job while I was away - she even sent daily updates to let me know that the cats were doing well. My shy cat even came out from hiding to see Lori - this is very rare! I was able to have a great trip knowing that my cats were being well taken care of.read more

D D
18:36 14 Jun 19
Reliable and trustworthy. They are always available to take care of any concerns I have, no matter how last minute.

Lori Richard
21:42 02 Oct 18
Bay Area Pet Pals have been a godsend for me. We were new to the Bay area 3 years ago and I didn't have the family I... normally relied on to watch my cats. On top of that one of my cats is diabetic and the other has chronic kidney disease. I'm a Veterinary Technician so finding the right people to watch my cats was critical and boarding them just stresses them out. I reached out to Lynda and was super impressed by her business model and the care takers she hires. You give her a lot of information about your pets and that really eased my mind that she cares about them. She is upfront about what she needs from the pet owner so there are no issues while you are gone. I travel a lot and Alisse and Kim and absolutely phenomenal! They give my diabetic cat her insulin and Alisse was even willing to learn to give fluids to my old gal. They spend quality time with them and are in constant communication with me via text or email. You do pay for the service but the peace of mind I get leaving my cats in their care is worth it to me.I highly recommend them!read more

Mary Anthony
21:00 20 Sep 18
Bay Area Pet Pals sent Kate to take care of my older dog Moxie and younger cat Jo. My animals are so happy now it is... clear to me that Kate is the reason. She is a lovely cheerful person and my older dog now initiates play and my cat carries around a toy Kate knitted her. She texts me about my pets and notifies me if something is up; she is a lovely person.Lynda, the owner, is a top notch communicator and business woman. I love how organized she is and clearly states what is going on. She's been flexible and very fair with all our interactions. She also is up on the tech so that's really good.I would absolutely recommend Bay Area Pet Pals. They are wonderful.read more

David Gadling
18:15 20 Sep 18
Top tier pet sitters. We use them every time we go out of town to watch our cats and salt water aquarium and everything... is always great. Daily updates (with pictures!) really add to peace of mind and makes it slightly easier to be away.read more

Ken
16:46 20 Sep 18
We were so fortunate to find the services of Bay Area Pet Pals around 7 years ago!! The owner Lynda is an amazing pet... lover!! BAPP has assisted us with daily walks for our girls Millie and Bella, as well as boarding over the years. If you are looking for top notch 5 star service when it comes to walks or boarding for your pooch BAPP is the place!!!A pic of Bella enjoying herself while we were away on vacation!! : )read more

Xingling Lim
05:14 20 Sep 18
I have been using Bay Area Pet Pals for 2 years now and our dog walker, Jodi, is awesome. They are flexible with last... minute requests and very responsive. My dog enjoys his walk every time and he gets Christmas presents from Jodi too. I am very satisfied with their service and will continue using them for dog walks.read more

Miriam Perlson-Cohn
20:06 19 Sep 18
We have been using Lynda/Bay Area Pet Pals for at least 7 years as our petsitter for our 2 little dogs whenever we are... out of town or need for other reasons. There is no one else I would trust as much as Lynda to take care of them. Her place is like their home away from home, and she treats and loves them as her own. And they get happily excited when they see her. Lynda has also had to give one of our dogs medication every day while we were gone, and she followed through with no problem. My husband and I highly recommend Bay Area Pet Pals to take excellent care of your pets. For us, it's peace of mind that our two dogs are in good hands while we're gone.read more

K M
23:55 12 Jan 18
I love this place for so many reasons. Lynda and her team are fabulous with my little dog. She doesn’t do well in... larger format boarding facilities and being with BAPP is like being at a home away from home. I absolutely love my dog walker too. She’s super reliable and genuinely enjoys what she does.read more
Next Reviews

Erica S.
2021-11-30 12:26:10
We have been using Bay Area Pet Pals for a few years for cat sitting and have always had a great experience. Lynda is... very responsive and helpful and always... read moreread more

Andy T.
2021-11-16 10:08:03
Heidi is phenomenal! She absolutely exceeded our expectations and went above and beyond to ensure our cats received the... highest quality of care and that we... read moreread more

Karen L.
2020-09-13 12:54:24
Update based on owner's response: This review was not based on your policy. After you explained, I totally understand.... It was based on the communication, as... read moreread more

Lisa K.
2019-09-14 13:21:08
We recently moved from the East Bay to San Mateo and had a hard time finding the right pet caretaker/walker for our... senior dog, since we really wanted the... read moreread more

Laura G.
2019-09-06 18:47:26
We had to find new pet sitters for our two cats when we moved from Sunnyvale to San Mateo last year. Lynda is... incredibly responsive, got us partnered with... read moreread more

Steve O.
2019-03-21 19:32:21
Michael has been working with our anxious pittie Maggie for almost. A year now? We could not be happier. Michael is... friendly, consistent, and wonderful with... read moreread more 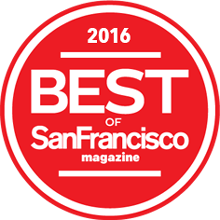 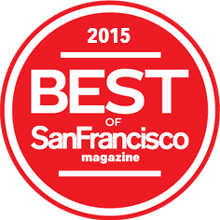